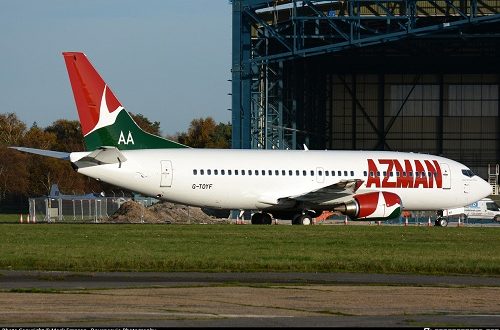 Azman Air to resume operations May 16 after scaling audit

AZMAN Air has announced on its social media handle that it will recommence operations from Sunday, May 16, 2021 and has put out its schedule on its website.

The airline has also stated that all valid unused tickets accrued during their absence would be modified at no extra charge to the passenger. NCAA lifts Azman Air’s suspension after complete audit, compliance

It is expected that the airline tends to commence operations mainly on its strongholds in the North with routes like Kaduna, Kano (Its hub), Kebbi, Maiduguri with Lagos and Abuja .

The Nigerian Civil Aviation Authority (NCAA) has pursuant to Section 35 (2) of the Civil Aviation Act, 2006 and Part 1.3.3.3 (A) of the Nigeria Civil Aviation Regulations (Nig.CARs) 2015, suspended the operations of all the Boeing 737 Aircraft in the airline’s fleet. READ ALSO: Azman Audit: Airline starts CAP, appoints new Head of Maintenance; Flight Safety Officer after sack, resignation of former

The suspension was to enable the Authority conduct an audit of the airline to determine the root cause(s) of the incidents, and recommend corrective actions to forestall re-occurrence.

The airline’s suspension was lifted after 47 days, on the 1st of May, 2021 having complied with its recommendations of the NCAA and carried out its Corrective Action Plan (CAP) effectively.

Director General of the NCAA, Captain Nuhu Musa also said the CAA’s responsibility and duty to guide and work with the operators and assist them to ensure they are in compliance with regulations

Tags Azman Air to resume operations May 16 after scaling audit

Nigerianflightdeck is an online news and magazine platform reporting business stories with a bias for aviation and travel. It is borne out of the intention to inform, educate as well as alter perceptions with balanced reportage.
Previous Green Africa announces seven operational routes as it sets to launch service
Next Eid-El-Fitri: Air Peace replicates Random Acts of love; wows passengers free gift items in-flight