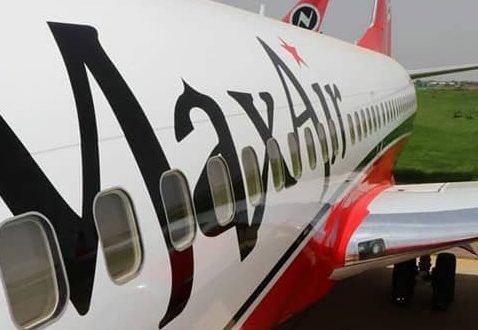 NigerianFLIGHTDECK learnt that the aircraft had departed Kano for Abuja airport at 1:21pm, but made an air return barely nine minutes later when three engine blades were struck by birds on take-off at the airport.

The bird strike caused a huge sound on the aircraft causing agitations among the passengers.

The pilot-in-command was said to have informed the passengers about the nature of the incident and returned to base to disembark the passengers. READ ALSO: Bird strike: How FAAN dispersed thousands of birds to safeguard MMA aerodrome

Capt. Musa Nuhu, the Director-General of the Nigerian Civil Aviation Authority (NCAA) confirmed the incident to our correspondent on phone explained that NCAA had immediately called for a meeting with the managements of the Federal Airports Authority of Nigeria (FAAN) and the Nigerian Airspace Management Agency (NAMA) to deliberate on how such occurrence could be curbed in the future, stressing that bird strike could cause grave damage to aircraft.

Nigerianflightdeck is an online news and magazine platform reporting business stories with a bias for aviation and travel. It is borne out of the intention to inform, educate as well as alter perceptions with balanced reportage.
Previous Bird Strike: Aero Contractors’ pilot followed procedure- DG NCAA
Next Ibom Air records 10,000th flight; marks milestone with passengers