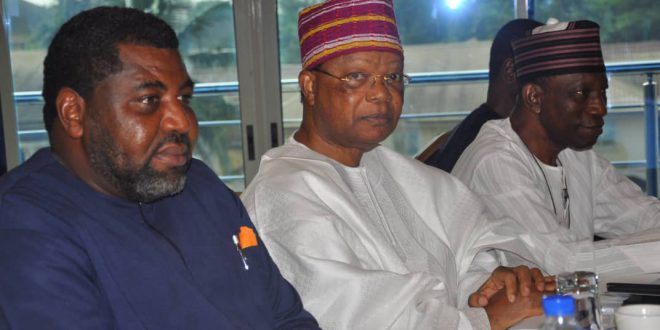 THE Aviation Safety Round Table Initiative (ASRTI) has advised professionals and investors in Nigeria’s aviation sub sector to project aviation’s expectations into 2025 with appropriate implementation strategies in order to avoid a total surrender of the nation’s tangible and intangible assets to foreigners.

This is just as the think tank have advised the Minister of Aviation, Senator Hadi Sirika to update the nation’s aviation policies and implementation strategies to align with current global aviation realities.

These were part of the conclusions reached at the fourth quarter meeting of the Aviation Round Table with theme Nigerian Aviation and Beyond 2025, advocating more collaborative approach amongst government aviation agencies in projects implementations and operations in order to reduce incidences of duplications and wastages as we look towards 2025.

The 13-point resolution issued by the Public Relations officer, Olumide Ohunayo read,”Nigerian aviation professionals should project the nation’s aviation sector expectations into 2025 with appropriate implementation strategies in order to avoid a total surrender of the nation’s tangible and intangible assets to foreigners.

“The Minister of Aviation is advised to update the nation’s aviation policies and implementation strategies to align with current global aviation realities as well as direct a centralization and harmonization of aviation related infrastructure and data system as the industry approaches the future. To this end, the meeting advocates the decentralization, digitalization and devolution of the industry’s operations in preparedness for the anticipated aviation standards of 2025 and beyond.

The ASRTI also stated that it would continually champion research on pioneer professionals in each segment of the sector, and document them for historical purposes and called on collaboration among airlines and regulator to give them advantage.

“The NCAA should encourage Nigerian Airlines to restructure their business models towards a better passenger boarding experience and comfort to enhance business competitiveness beyond 2025 further stating too that Nigerian airlines should form alliances to develop and entrench commercial comparative advantage principles to enhance their survival beyond 2025.

The group called on government to continually ensure the provision of an enabling environment for the growth of aviation businesses to reduce incidences of the loss of Nigerian aviation professionals to other climes.

It also acknowledged the demise of numerous private airlines and the failure of government to effectively manage airlines in the past formed the basis for the meeting to advocate a less government intervention and involvement in the business and a relinquishment of control of the future to a business oriented visionary private sector. To this end, NCAA should review upwards the conditions of establishing airlines that will compete effectively by 2025.

“The nation’s airports should be upgraded and positioned to attract businesses that will take the airports beyond being mere ports to centres of tourism and commerce, and widen airports revenue sources beyond airport fees, charges and taxes. To achieve this, the meeting advocated the concession of the airports.

“There is a need to give more attention to the downstream sector of the nation’s aviation industry for the sake of the future, while also advocating the review of the compensation package for civil servants.

Nigerianflightdeck is an online news and magazine platform reporting business stories with a bias for aviation and travel. It is borne out of the intention to inform, educate as well as alter perceptions with balanced reportage.
Previous Air traffic engineers call for more investment, training on cyber security
Next Aero Contractors, NCAT sign MoU on OJT for student engineers