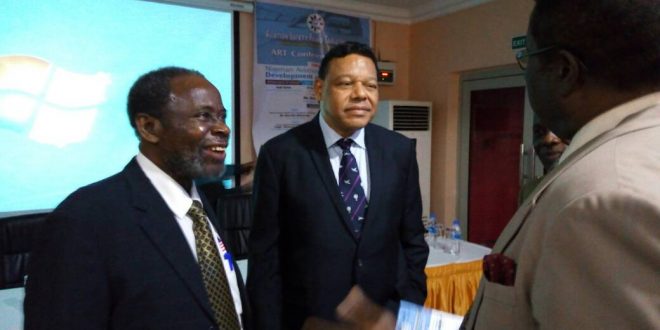 This is just as the group, as part of efforts to create capacity and reduce the cost of capital-intensive maintenance cost for domestic carriers in the country, also canvassed for airlines to pull resources together and establish a local maintenance hangar as a way of minimizing their aircraft maintenance cost.

The ART made this known in its communique made at the end of its November 9, 2017 Conference tagged: Nigerian Aviation Infrastructure: Development and Challenges .

The statement issued by Olumide Ohunayo for the ART President, Elder Gabriel Olowo read,called for the establishment of an Inter-governmental Agency Stakeholder Group led by the regulator for the administration and management of the Bi lateral Air Services Agreement (BASA) funds and for implementing our aviation development plans.

It posited, “Bilateral Air Service Agreements (BASAs), Multilateral Air Service Agreements (MASAs) and International Routes are the nation’s infrastructure and assets, while air traffic rights are like oil blocks and therefore, should not be treated with levity in administration or by unilateral exploitation. Therefore, BASA funds should be used for critical-safety infrastructure development as provided for in the Civil Aviation Act 2006.”

On the establishment of the local Maintenance Repair Overhaul facility, “There is a need for local airlines to pull resources together and establish a local maintenance hangar as a way of minimizing their aircraft maintenance cost.”

The statement further read that,”For Nigerian airlines to attract funding facilities from financiers and institutions that are predominantly based outside Nigeria. Our airlines must be within these parameters; viability, capacity and the potentials to earn more revenue from commercial agreements in view of the weakness of the local currency.”

Also to enhance safety and security around the nation’s airports, the industry pressure group, resolved that airports need to put perimeter fences to adequately comply with the International Civil Aviation Organisation (ICAO) Annex 17.

They have called for deployment of security gadgets and invisible security presence around the airports to further boost security.

The resolved,” There is a need to have surveillance cameras in and around every airport in Nigeria to be complimented with the establishment of Aviation Industry Cybersecurity Emergency Response Team (CERT) to enhance Aviation Security. ”

“Additionally, we need to enhance the airport perimeter fences where there are no security fences to sufficiently comply with Annex 17.”

On the resolutions concerning aviation infrastructure especially as regards concessions, the group called for corporate governance and transparency in managing the aviation sector especially as it regards commercial agreements.

The statement further read,”There should be a culture of corporate governance and transparency in the business of managing the aviation sector, such that government and other parties in infrastructure-related commercial agreements in the industry should respect the terms of such agreements if the industry is to move forward. ”

“Therefore, existing concession/agreements that have developed into controversies affecting the entire industry should be resolved immediately in the interest of the industry taking cognizance of initial capital invested. Also, political interference should be avoided in the sector’s regulatory activities.”

Nigerianflightdeck is an online news and magazine platform reporting business stories with a bias for aviation and travel. It is borne out of the intention to inform, educate as well as alter perceptions with balanced reportage.
Previous Dana Air @9 looks ahead, reels out expansion plans despite industry challenges
Next NAMA boss canvasses harmonisation of African safety systems