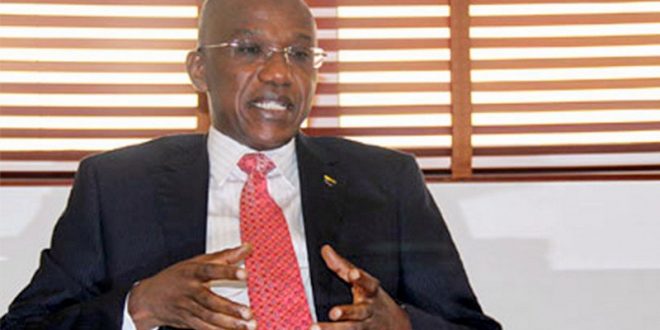 ASSET Management Corporation of Nigeria (AMCON), has stated that despite the financial state of Arik Air, it does not intend to rationalize jobs as its utmost plans is to ensure that the airline takes its rightful place in the skies.

AMCON briefed members of the committee on Banking, Insurance and other Financial Institutions, Wednesday  stating that the airline is owing over 2,000 staff  between five and seven months salary arrears depending on their department and stated that negotiations were currently ongoing on how to immediately resolve the arrears.

Managing Director of AMCON, Mr Ahmed Kuru who made this known, stated that troubled  Arik Air owes AMCON N147 billion and that  the airline is owing other local banks at least N165 billion with foreign debts standing at $81 million.

Mr Kuru, while dismissing claims that the Federal Government was planning to make the airline a national carrier, said it was too problematic for any government to handle.

He said: “Despite all the things we have done to ensure that Arik Air stays in business. But they have not done their part in meeting their own obligations. Arik Air is owing up to seven months salaries to workers.

“They have refused to pay salaries and also refused to ensure that their loans are repaid. We could not just sit back and allow an important airline with about 30 aircraft and covers 55 per cent of all routes in Nigeria to go down. From the records, Arik makes over N7 billion annually.

“We are talking to people to see how they can acquire the airline. They came. But when they saw the records of what was on ground, they decided to suspend everything, pending when we will resolve some of the issues bewailing it.

“We have deployed people there to manage it, pending when we can stabilize it and then bring in investors to take over. We discovered that out of the 30 aircraft of the airline, only about 10 were functional. Some of them were not in Nigeria. They have refused to meet all their obligations, even the insurance payment. They did not even have money to buy aviation fuel.

“What they did was that, they collected money from passengers and then quickly use the monies realized to buy fuel. This is how they have been running the place and these were some of the things we met on ground.

“The first thing we did when we moved in was to address the payment of salaries of staff. Remember some of them were owed for up to seven months. The staff of the airline are very pleased with what we have done.

“We are hopeful that with an annual profit of about N7 billion and if the monies are not laundered, I think we can pay back the loans in time. AMCON debt is about N147 billion. There are local banks which Arik Air is owing about N165 billion. These banks collect all the monies they make.

“They do not need more than N10 billion to stabilize their operations. Within the next three months, they will be able to pay back what we have put in right now. In national interest, Arik Air should be allowed to fly.”

The AMCON boss stated that within the next two to three weeks, the new management of the airline will put 15 to 16 back to the 18 nationwide routes.

He said: “Within the next two to three weeks, Arik Air should have up to 15 or 16 aircraft flying. Arik Air cannot compete internationally. They do not have the kind of services other airlines have.”

He also spoke on the suspension of international flights and noted that the airline spends N1.6 billion on aviation fuel to 12 international destinations. According to him, the airline currently lacks the capacity to carry out that function.

“We are thinking of suspending international flights. Arik Air needs about N1.6 billion to buy fuel for international routes. We cannot do that right now. By the time we manage it for about six months and the airline can now survive, then we can sit down and talk about where to go from there.

“Based on what we have achieved in just one week, we are hopeful that in the next three weeks, the issue of delayed or cancelled flights will be things of the past.

“We are carrying everybody along. At the end of the day, we want to return it to profitability. We need to emphasize one fact that the only way we can recover our debts is for Arik Airline to continue to fly. The banks have come to realize that this is important.

“Government has a responsibility to ensure that it intervenes whenever there is any threat to national interest. Within the next 30 days, we will be going to places we have not been to in the last three years.”

On their part, the lawmakers lauded the initiative of AMCON, but noted that it acted belatedly. Chairman of the committee, Senator Rafiu Ibrahim who spoke on behalf of other lawmakers, backed the AMCON takeover stating that it was the right way to go.

He said: “Was the take over not done rather too late? From what you have given us, this is worst than Dasukigate. It appears what is happening in private sector is worst than that of the public sector.”

Recall that AMCON, announced the sack of the management of Arik Air and replaced it with a new one. According to AMCON, Captain Roy Ukpebo Ilegbodu, a veteran aviation expert, under the receivership of Mr. Oluseye Opasanya (SAN), will now manage Arik Airline

Nigerianflightdeck is an online news and magazine platform reporting business stories with a bias for aviation and travel. It is borne out of the intention to inform, educate as well as alter perceptions with balanced reportage.
Previous ‘NiMet will become a world leading weather forecast agency’
Next GTBank appoints Lawal, Soyoye Executive, Independent non- Executive Directors