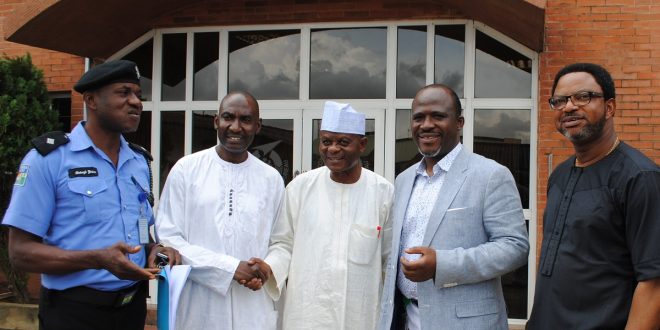 AS part of efforts to secure aircraft site in case of an accident and create awareness for police across the country on the importance of securing crash sites the Accident Investigation Bureau (AIB) has successfully trained first batch of 20 Police Officers.

The training of the police officers which took place at the AIB headquarters at the Murtala Muhammed Airport (MMA), Lagos saw police officers drawn from Airports Command and Special Protection Unit at the Ikeja Police Command in Lagos for the two-day exercise in Lagos.

Eight police officers were trained from the airports command while another 12 were drawn from Special Unit Base 2 of the Ikeja Police Command.

AIB also said that the second batch of the training is scheduled to commence in Abuja in the next one week, assuring that with training of the officers, the era of tampering with accident investigative evidences was over.

General Manger, Security and Industries for AIB, Mr. Olumide Osineye, who coordinated the training for the officers said that the exercise would further enhance the performance of accident investigators in the bureau in case of an accident.

Osineye in an interview with journalists, during the training, said that the idea was the brainchild of the Commissioner of AIB, Engr. Akin Olateru who insisted that police officers must be adequately trained to support its accident investigation.

Osineye explained that the training was put together to provide the aviation security awareness to police officers and also to explain the roles of the police at aircraft accident sites.

He declared that the training cut across police officers posted to the airport command and also those at the Special Protection Unit at Ikeja deployed to AIB.

He told journalists that the team would be a part of the AIB’s team in case of any accident as first responders to move to the accident sites to give the investigative team the necessary support especially in controlling evidences.

He said: “When an accident occurs, the wreckage is a very important entity and there are items of the aircraft that need to be preserved. Experience has shown that most of our police officers are just pulled from anywhere without any background or awareness on accident investigation.

“So, the main benefit is that this category of people will be able to control an accident site so that there will not be any tampering with the evidences or critical items like the Flight Data Recorder and Voice Data Recorder and other relevant items that can help in investigation of an accident.”

He assured that the exercise would be conducted quarterly while efforts would be made to ensure that majority of police officers in the country were trained.

In case of redeployment, Osineye insisted that it would still be an added advantage to the industry as accident could occur anywhere within the country without prior notice.

“Even when they are redeployed, it is still going to be a value added because accident can occur anywhere at any location and without telling you. So, the more we train, the more we add value and the more we increase the number of people who already have awareness. If it is possible to let all the police to have the awareness, that will be fantastic.

Nigerianflightdeck is an online news and magazine platform reporting business stories with a bias for aviation and travel. It is borne out of the intention to inform, educate as well as alter perceptions with balanced reportage.
Previous Arik Air resumes Abuja-Accra operation July 17
Next Air Peace debunks SM claims naming pilot as ex-militant