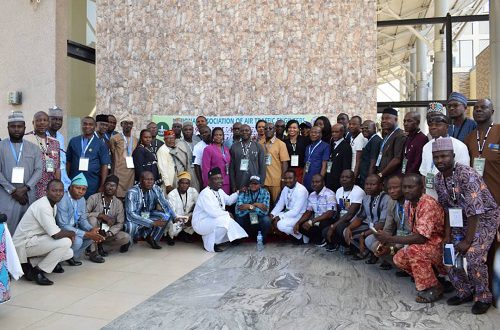 AIR Traffic Engineers in the country have called on aviation authorities in the country to invest more in building capacity of members in the area of cyber security in order to forestall cyber-attacks on the Communication Navigation and Surveillance / Air Traffic Management (CNS/ATM) domain.

Speaking at the 2019 Annual General Meeting (AGM) of the National Association of Air Traffic Engineers (NAAE) which held at the Nigerian Air Force (NAF) Conference Centre, Abuja, where President of the association, Ishaya Dung was reelected for his second term in office as president of the NAAE.

He said as a key link in the aviation safety chain, the onus was on the aviation authorities to ensure that Air Traffic Safety Electronics Personnel (ATSEPs) are properly equipped to mitigate the challenge of cyber security which he said had become a major threat globally.

Dung said, “International Federation of Air Traffic Safety Electronics Associations (IFATSEA) raised concern over cyber-attacks in the CNS/ATM domain with her working paper ‘WP 105’ presented during the recently held 40th triennial assembly. The approval of the International Civil Aviation Organization (ICAO) for cyber security to be included in the competency-based training for ATSEP in document 10057 was a remarkable achievement in the best interest of safety and security of evolving digital interoperable complex CNS/ATM systems.”

He also appreciated the effort of the Africa Civil Aviation Commission (AFCAC) in the presentation of a working paper for the harmonization of personnel licensing at the regional level, as according to him, it would help facilitate the implementation of personnel licensing in states that have been reluctant, owing to its non-inclusion in ICAO Annex 1.

Meanwhile, the election which was the high point of the AGM also saw most of his executive being reelected for their second and final term. A Mechanical Engineering graduate of the University of Lagos, Dung who joined the Nigerian Airspace Management Agency (NAMA) in 2002 is a Deputy General Manager, Electromechanical Services department in the agency.

Nigerianflightdeck is an online news and magazine platform reporting business stories with a bias for aviation and travel. It is borne out of the intention to inform, educate as well as alter perceptions with balanced reportage.
Previous When House of Reps stormed the aviation community in Lagos
Next ASRTI seek better aviation strategies, implementations ahead 2025