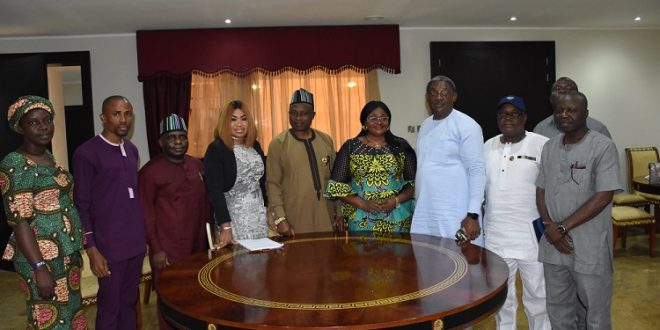 AIR PEACE last Thursday closed a deal with the Benue State Government to operate flights to the state capital, Makurdi in a few weeks’ time.

Speaking at the agreement signing ceremony in Abuja on Thursday, Air Peace Chief Operating Officer, Mrs. Oluwatoyin Olajide assured that the airline would deliver exceptional flight experience to residents of Benue and others travelling on the Makurdi route.
The route will be serviced by an Embraer 145 jet under Air Peace Hopper, the airline’s subsidiary. The flights to Benue will terminate at the Nigerian Air Force Base, Markudi.
The operations, Olajide confirmed, would cover Abuja-Makurdi-Abuja and Lagos-Makurdi-Lagos.
For his part, Chief of Staff to Benue State Governor, Hon. Terwase Obunde assured Air Peace of the government’s support to ensure its success on the Makurdi route.
The commissioner, who represented the state Governor, Chief Samuel Ortom, said the government was grateful to Air Peace for accepting its proposal to fly to Makurdi.

The government, he added, would cooperate with the airline to ensure the launch of the route without delay.

Nigerianflightdeck is an online news and magazine platform reporting business stories with a bias for aviation and travel. It is borne out of the intention to inform, educate as well as alter perceptions with balanced reportage.
Previous Dana Group clears air on malicious BM on Whatsapp against airline, other businesses
Next Ethiopian Airlines receives Africa’s largest 737 MAX