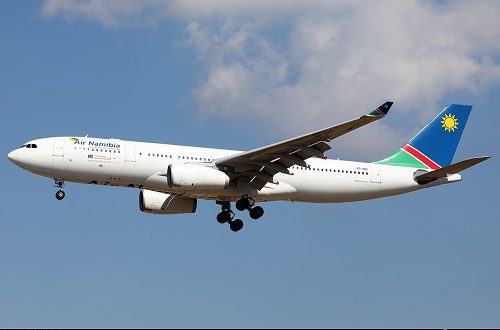 AIR NAMIBIA will be ceasing operations and going out of business as the airline plans to enter voluntary liquidation which may cost well over 600 jobs.

The airline as of yesterday Thursday, February 11, 2021 cancelled all flight operations, with its aircraft returning to base as the reservations system for taking new bookings has also been suspended.

According to reports, Air Namibia had been losing money for years, even before the COVID-19 pandemic and its liquidation will lead to over 636 job losses.

Air Namibia spokesperson Twaku Kayofa in an interview  confirmed that trade union representatives had informed the company’s 636 employees on February 10 that they would receive an ex gratia pay-out equal to 12 months of salary, but no benefits.

The government, the airline’s executive, and unions are to meet on Thursday to discuss the liquidation’s finer details.

The decision to shutter the 75-year-old carrier follows the airline’s board’s resignation on February 3, after the government did not oppose an application in the Namibian High Court to have the airline liquidated.

The application was made by the estate of former Belgian operator Challengair over outstanding payments on legacy debt of 1998 concerning the lease of a B767-300(ER).

Lawyers representing both parties reached an out-of-court settlement on January 28 for EUR9.9 million (USD11.9 million), but without the government’s apparent support, who said it could not afford to bail out the airline, nor had it managed to find it a strategic equity partner.

The first installment of EUR5 million (USD6 million) on the settlement was due on February 18 meaning Challengair would join the list of creditors following liquidation.

At the time of ceasing operations, Air Namibia’s fleet consists four A319-100s (two of which are owned and two are leased from Deucalion Aviation Funds), two A330-200s (both leased from Castlelake), four EMB-135ERs (financially leased from HOP! (A5, Paris Orly) but unencumbered since October 2020), and one inactive B737-500 (owned).

Nigerianflightdeck is an online news and magazine platform reporting business stories with a bias for aviation and travel. It is borne out of the intention to inform, educate as well as alter perceptions with balanced reportage.
Previous UAE suspends Air Peace’s inbound passenger flights; airline can airlift Nigerians back only
Next United Nigeria starts operations, eyes West Coast for long term expansion