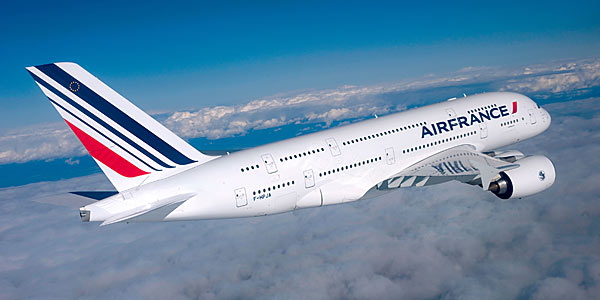 Air France passenger cry out over loss of baggage, shabby and insensitive treatment

AN  Ilorin-based passenger, Mrs. Titi Falokun who flew Air France, one of the international airline operating into Nigeria has cried out over her treatment with regards the issue of her missing and lost baggage while using the airline.

It has been discovered that Nigerian travellers are made to suffer untold hardship based on their person effect after traveling on the airline.

According to her, she had problems communicating with officials of the airline while waiting to board her flight to Nigeria. Her walker which was given to her in the hospital was collected from her at the airport in New York was not given to her despite the promise that it has been shipped to Lagos till date.

The traveler mentioned that all efforts to retrieve her baggage has proven abortive and she would prefer her baggage which contained some every essential medicals and other personal effects.

She said, “the inability to retrieve my baggage has caused some untold pain and I would prefer to get her baggage intact rather than any monetary compensation. I have been unable to get some of my drugs from Nigerian pharmaceutical stores since I returned in January.”

During the many trips to the airport  to retrieve her baggage, Nigerians were always complaining of missing baggage on Air France. However, when such baggage were retrieved, it would have been ransacked and numerous items would have been stolen.

Nigerians believe that they need better service  that can guarantee them of their safety and protection of their valuables when they travel on Air France. The aggrieved traveler is appealing to the Nigerian Aviation authority, Consumer Protection Council & other governmental and non-governmental agencies  to intervene to ensure that her baggage is retrieved.

Nigerianflightdeck.com reached out to the Media manager of the airline via a call and a subsequent text message to know if they were aware of the matter and enquire as to what is being done to ameliorate Mrs. Falokun’s situation but up till publishing this report, there has been no response.

Nigerianflightdeck is an online news and magazine platform reporting business stories with a bias for aviation and travel. It is borne out of the intention to inform, educate as well as alter perceptions with balanced reportage.
Previous Dana Air aircraft skids off PH runway during inclement weather
Next FAAN is getting revenue collection right with automation– Mrs. Yakubu