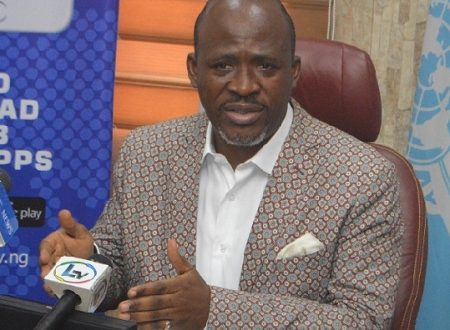 AS parts of its responsibility to reduce the high rate of human errors in air accidents in the Nigerian aviation industry, Accident Investigation Bureau (AIB-N) in partnership with the League of Airport and Aviation Correspondents (LAAC) is organising one day conference.

The conference, which will be held both physically and virtually, is scheduled to hold on January 15, 2021, at the Sheraton Hotels and Towers in Lagos at 9 a.m with the theme: ‘Preventing Human Factors In Accident Occurrences’.

Commenting on the conference, Engr. Akin Olateru, the Commissioner, AIB-N, said that no fewer than 75 per cent of air accidents occur due to human factors.

Some of the human factors, according to him included inadequate training for technical personnel, poor facilities, fatigue and poor communication between the cockpit and the control tower amongst others.

He explained that like the majority of accidents, these aviation disasters could have been prevented if the necessary precautionary measures were put in place or observed to stop their occurrences.

He explained that though, a few of the human errors in Nigeria in recent time did not necessarily lead to loss of human lives, he lamented that replacement of any damaged parts in aircraft due to human errors cost the operators millions of naira, which could have been channelled to other important aspects of their operations.

He hoped that through the conference, the aviation industry in the globe especially in Nigeria would be safer, insisting that some of the serious incidents and accidents were avoidable.

Besides, Olateru said that the bureau decided to partner with LAAC because of its antecedents in organising successful conferences with useful communiqué, adding that as a league of journalists, the association had in several occasions, promoted air safety and robust journalism.

He said: “After an analysis of the several accident reports we have released since 2017, it has become apparent that about 75 per cent of these accidents and incidents have resulted from human factors. This conference is part of the fulfillment of AIB’s mandate of preventing accident occurrences and reoccurrence and public advocacy of accident situational management.

“LAAC is a dependable ally in this project, considering the various conferences that the association has held in recent years, which have impacted the industry positively. The conference is expected to among other things, educate airline and airport operators, aviation agency personnel, aviation reporters, accident emergency responders and other stakeholders on measures that can help reduce human factors in air accident and incident occurrences, while equipping aviation reporters with more knowledge for accurate reportage of accident and incident occurrences.”

He explained that the conference was also necessary at this time when the industry globally was just recovering from the impact of Covid-19 pandemic, stressing that at the peak of the disease, most aviation practitioners were out of jobs.

Chiedu explained that this would be a wake-up call to all technical personnel and promoters of airline business.

He assured that the league would continue to promote safety and security in the sector through its developmental, educative and informative journalism.

He said: “The importance of this conference to safety improvement in Nigeria’s aviation industry cannot be overemphasized. Apart from the physical participation, we urge all stakeholders to participate virtually in this enlightenment and advocacy programme aimed at preventing accident occurrences in the sector.

“Safety can never be swept under the carpet. In recent time, AIB-N as an investigator has fully woken up to its duties. Since the appointment of the Commissioner of the bureau, a total of 40 final reports have been released to the public, which make up of 67.8 per cent of AIB-N’s total of 59 final reports released since inception in 2007. This is unprecedented in the annals of Nigeria’s aviation industry. Such a man needs the support of all.

“However, due to the Covid-19 protocols, physical attendance is restricted to only 80 participants. So, attendance is strictly by invitation. Other participants can join virtually on Zoom network through a code that would be generated and publicized before the day.”

AIB-N is statutorily responsible for investigating air accidents and serious incidents in the industry. Its duty is recognised by the International Civil Aviation Organisation’s (ICAO) Annex 13 – Aircraft Accident and Incident Investigation, which contains the international standards and recommended practices.

Also, LAAC, which is registered with the Corporate Affairs Commission (CAC), is an association of airport and aviation journalists, primarily responsible for reporting news events in the industry.

The Honourable Minister of Aviation, Sen. Hadi Sirika is expected to be the Special Guest of Honour, while the Commissioner of AIB-N, Engr. Olateru will be the Lead Speaker.

Director-General of the Nigerian Civil Aviation Authority (NCAA), Capt. Musa Nuhu will be the Keynote Speaker.

The programme will feature a panel discussion session with representatives of Airline Operators of Nigeria (AON), National Association of Aircraft Pilots and Engineers (NAAPE), National Air Traffic Controllers Association (NATCA) and other stakeholders in the panel.

No fewer than 300 industry stakeholders such as airline operators, airport operators, investigators, safety inspectors, pilots, engineers and Air Traffic Controllers (ATC) are expected to participate in the event.

Due to the Covid-19 protocols and the guidelines set out by the Presidential Taskforce (PTF) on Covid-19 and the Nigeria Centre for Disease Control (NCDC), physical participation is limited to only 80 guests, while others would join the conference virtually through the Zoom network.

Nigerianflightdeck is an online news and magazine platform reporting business stories with a bias for aviation and travel. It is borne out of the intention to inform, educate as well as alter perceptions with balanced reportage.
Previous How Aviation Ministry shared N5bn of N27bn COVID-19 bailout funds in aviation sector
Next Azman to acquire additional A340-600, three B737-800, five unspecified low capacity aircraft