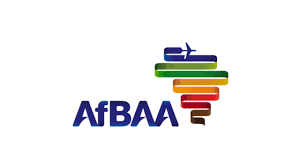 The appointments of Mr Lemma and Ms  Keddle take effect from 1st October, 2022.

Dawit Lemma, a 20 year veteran in the aviation sector across four continents, is the Founder and CEO of Krimson Aviation, an aviation services company based in Ethiopia and Malta.

He has a degree in Aeronautical Engineering and Flight Technical from Purdue University, USA, and an MSc in Aviation Management and Marketing from Basel Business College, Switzerland.

Dawit serves on the AfBAA Board of Directors and is the first African representative to sit on the International Business Aviation Council’s IS-BAH Standard’s Board.

Chairperson of AfBAA and CEO, African Aviation Services, Nick Fadugba reacting to this appointment said: “Dawit has been an ardent supporter of AfBAA and we are delighted that he has officially taken on the important position of Vice President, International.”

” His key focus will be to promote AfBAA within Africa and internationally, strengthen ties with government regulators and industry stakeholders, and help the association to achieve its numerous goals.”

Ms Samantha Keddle joins AfBAA from The Commercial Aviation Association of South Africa (CAASA) where she has served as Office Manager since April, 2016.

She brings a wealth of experience and expertise to AfBAA particularly in managing association affairs, addressing the needs of members and arranging conferences, exhibitions and meetings.

“We are delighted that Sam has joined the Association in the critical position of full-time AfBAA Manager. Her key objectives will be to enhance AfBAA’s administration, interface with AfBAA’s leadership team, members, industry stakeholders, supporters and sponsors, and to help to manage AfBAA’s international publicity and events,” says Nick Fadugba.

Since its formation in 2012, AfBAA has become the Pan-African voice for business and general aviation on the continent and has championed the adoption of unified safety standards across Africa in partnership with African civil aviation authorities.

Nigerianflightdeck is an online news and magazine platform reporting business stories with a bias for aviation and travel. It is borne out of the intention to inform, educate as well as alter perceptions with balanced reportage.
Previous Confirm Pwajok NATCA solicits, inducts newly rated ATCOs
Next Ethiopia bans Nigerians from obtaining Visas on Arrival after 49% stake acquisition on Nigeria Air