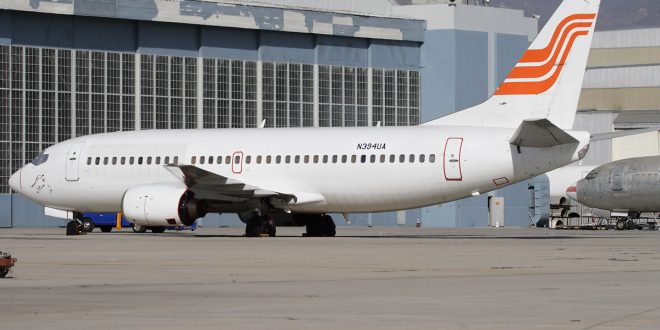 FILLERS reaching Nigerianflightdeck.com is indicating that Nigeria’s oldest domestic airline, Aero Contractors is struggling to maintain its wings, its personnel and reputation all due to its current challenges.

Our reporter had gathered from an authentic source that the airline which has been trying to rebuild from the mismanagement from its last administration has not been able to bring back some of its aircraft that went out for maintenance for a while now due to foreign exchange restrictions.

The carrier is also bedeviled with operational challenges, a development that led to the closure of some of its stations

As things start presently, the airline is said to be in talks with the Air Transport Services Senior Staff Association of Nigeria (ATSSAN) and other unions on how to cut down on staff in its employ.

The airline’s media consultant, Mr. Simon Tumba who responded to questions sent to him by Nigerianflightdeck.com succinctly encapsulated the entire situation stating that,

An online publication had quoted the President of ATSSSAN, Mr. Benjamin Okewu as saying, “On Aero, we are negotiating redundancy with the airline and it is not because they are closing down. It is because the number of aircraft they have has reduced. So many of them have gone on C and D Check and the airline do not have the forex to bring them back, and they also have to close down some of their stations.

“So, we are in the process of concluding redundancy negotiations for them to send some people out. But that does not mean they are closing down completely because Aero has two segments. They are fixed wing and rotary wing. The rotary wing is servicing the oil and gas sector, while the fixed wing is for scheduled services and is ongoing, even though they have a few issues with the number of aircraft. But I want to believe that they are working round the clock to make sure that few machines come back.”

Our source also added that despite the current disheartening state of the airline’s situation that the carrier is not planning on shutting down and have stated that the airline’s current  challenges were not peculiar to Aero alone.

However despite the fact that virtually all domestic airlines in Nigeria were being confronted with problems, ranging from double taxation by government agencies in the sector, scarcity of aviation fuel, popularly known as Jet A1 and difficulty in accessing forex, other airlines are maintaining schedule.

One visibly happy airline staff who spoke the Nigerianflightdeck.com at the MMA2 said that the situation with Aero has left more passengers for other airlines to scramble for and that other airlines especially theirs which flew with 40-55% passenger load have increased to 70% and even when the airline comes back it would take them a miracle to win their passengers back especially with the services other airlines provide.

Nigerianflightdeck is an online news and magazine platform reporting business stories with a bias for aviation and travel. It is borne out of the intention to inform, educate as well as alter perceptions with balanced reportage.
Previous Perishable cargo exporters lament over N100m loss, express fear of int’l market shun
Next Organizing Your Travel Plan 101