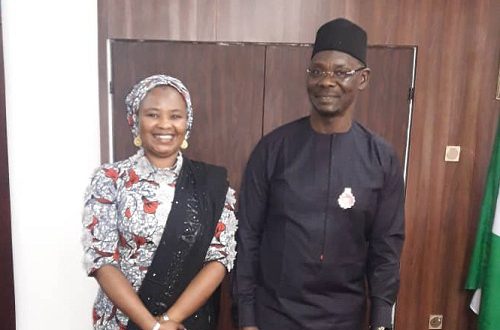 Share
NATIONAL President of Nigeria Association of Tour Operators (NATOP) Hajia Bilkisu Abdul was hosted recently by the Executive Governor of Nassarawa Engr. Abdullahi Sule who had invited her to Lafia, the capital, to brief her on the plans of the state to host an annual cultural festival in the state.

He told Hajia Bilkisu that he is impressed with the news he has been reading about her work as NATOP President. NATOP he says is becoming a household name among many Government agencies as the new president has reached out more to major Nigerian organisations and state government.

”I want to join NATOP so I can drive Tourism in my state’, declared the Governor. He invited the President to bring her Members to enjoy the tourism resources of the state. He asked her to bring her BOT members and Executives to meet with the Commissioner of Tourism to arrange a Tour of Nassarawa for NATOP members. An elated Hajia Bilkisu Abdul thanked the Governor for a wonderful reception accorded her and promised to come back with a bigger team of the best Tourism experts in Nigeria.

“Engaging NATOP to help promote Nassarawa state will yield great result sir. We shall not disappoint you. My members are capable.’

NATOP has been making waves recently with engagements with the National Park Services that recently hosted its monthly meeting at its Head office in Abuja. She was also hosted by the Chairman House Committee on Tourism Senator Owelle Rochas Okorocha at the National Assembly.

After the ground breaking AGM hosted by the Ooni of Ife, NATOP executives gave time for the memorial of its past President Mrs Fatima Garbati who died after the Ife AGM. Her memorial was held in August. Many activities had been lined up for the end of year for NATOP members including Carnival Calabar, Igue Festival in Benin and now the Nassarawa Cultural Festival.

Nigerianflightdeck is an online news and magazine platform reporting business stories with a bias for aviation and travel. It is borne out of the intention to inform, educate as well as alter perceptions with balanced reportage.
Previous FG appoints Olakunle Hassan NAHCON chairman, members
Next Flight delays, cancellations: Airlines need to plan for the unexpected 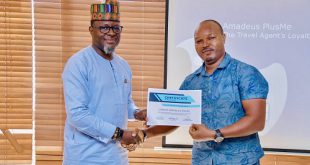 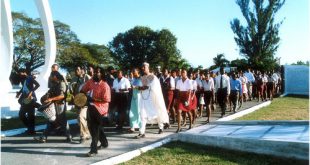 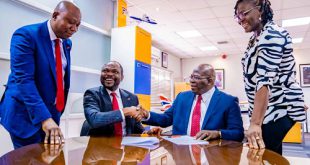 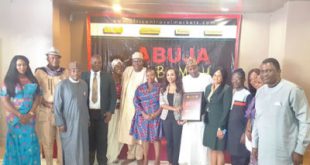 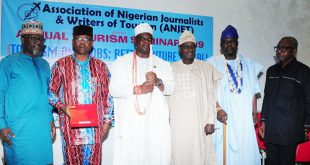 GHANANIAN Deputy Minister of Tourism Art and Culture, Hon. Ziblim Iddi has said that since …

Akwaaba has helped us project our vision- ET GM, Mekonnen 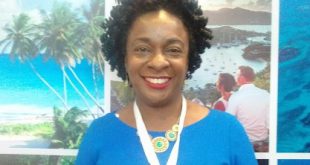 DIRECTOR of Tourism Development of the Barbados Ministry of Tourism and International Transport, Dr. Kerry …