Share
INTELLECTUALS and leading minds across Africa have suggested the adoption by governments, of strategic policy actions which are expected to ultimately lead to the economic prosperity of the continent.

The Academics who spoke during the first Lecture Series of the UBA Professorial Chair in Finance at the University of Lagos (UNILAG) on Tuesday, listed a number of policy measures and strategies that can bring about far reaching results.

These polices are capable of creating a sustainable path towards the socio-cultural, economic and political development of the continent.

The Professor of Finance and Chairman, UBA Professorial Chair, University of Lagos (UNILAG), Prof John Ezike was joined by the Head of Department, Economics, UNILAG, Professor Risikat Dauda and Senior Lecturer, Finance Department UNILAG, Dr Olalekan Obademi as they took turns in making contributions on the theme ‘The Dynamic Structure of World Economy from Globalisation To Slowbalisation; The African Dilemma’.

Ezike who led the discourse, explained that the global economy is currently witnessing the fourth wave of revolution in civilisation, which is the movement towards de-globalisation or Slobalisation, adding that countries that have not benefitted from globalisation are those that fail to implement sound macroeconomic measures to maintain financial and exchange stability.

He said, “It behooves countries in sub Saharan –Africa, therefore, to strive to adopt policies that are in consonance with the realities of the rapid integration of world economies. The world must seek for answers in a new ideology which will allow globalization to prosper faster, but prevents the rise of elitism. In point of fact, some world leaders are already of this view as they have condemned the trickle-down theory of capitalism.”

Supporting his point, Professor Ezike shed light on how the mentioned policies can take the continent to a new high. On Stable Macroeconomic Policies, he explained that Globalisation increases the cost of macroeconomic distortions while enhancing the reward for sound policies. “As a result, it is important that sound macroeconomic, sectorial and structural policies are applied to improve internal balance, ensure external sector viability and increase the overall rate of economic growth”.

Stable macroeconomic policies also ensure that the domestic economy is insulated from disruptive short term capital flows as investment savings decisions would be predicated on domestic economic fundamentals rather than market sentiments that may be unrelated to developments in the economy.

Enhancing of the Banking and Financial System: In this case, he said the banking and financial systems needs to be strengthened through adequate supervisory and prudential regulations to ensure that internationalization does not disrupt the financial sectors, precipitate macroeconomic instability and weaken the productive sectors of the economy.

For Democracy and good governance, Ezike noted that good governance is invaluable for a prosperous economy and that the rule of law, transparency and accountability, the bedrock of public administration prevails. He added that, it is worthy to note that excessive government intervention in economic management creates a fertile ground for corruption and rent seeking agencies. “A well-focused administration geared towards reducing bottlenecks on the path of the private sector, would generate adequate impetus for the acceleration of economic growth, he concluded, saying rule of law reduces the incentives for corruption and ultimately creates an enabling environment for the efficient allocation of resources through the free interplay of market forces”.

According to him, history has shown that it is difficult or near impossible to sufficiently gain sustain growth in an economy like Nigeria which is highly multi-ethnic, has diverse parts, but is highly dependent on a mono-product export resource.

“At this juncture, it is safe to say Nigeria and other countries in its league, must out of necessity enthrone true federalism, in its governance and diversify its economic and export base in order to reposition the economy so as to reap the attendant benefits of dynamic world globalisation/slobalisation”, she noted

On his part, the Deputy Vice Chancellor, and Chairman UBA Board of Trustees, Mr. Ben Oghojafor, appreciated UBA for resuscitating the UBA Professorial Chair of Finance and the laudable support it continues to give the institution.

UBA had in 2015 resuscitated the UBA Professorial Chair of Finance at the UNILAG with an endowment sum of the N52.9 million with the aim of bridging the huge gap in the funding of educational system in the country.

Oghojafor said, “It is to the credit of UBA, that the seed they planted through the first endowment has grown and is now bearing fruit. It is on record that the first endowment in 1972 facilitated the establishment of the department of finance in 1973, the first of such department in Finance in any University in Nigeria and has helped train a great number of finance graduates who have gone on to make great impacts in the country”.

“We appreciate the generosity of UBA in helping to make this colloquium a reality today and are hopeful that the bank will sustain this noble initiative for a long time to come”, Oghojafor said.

In his response, Group Managing Director, Kennedy Uzoka, United Bank for Africa, represented by Head, Micro-small, Small and Medium Enterprises (MSMEs), Mr.  Babatunde Ajayi said:  “UBA is very proud to be associated with the endowment  of professorial chair of finance in University of Lagos and it is our plan to continue to endow that chair”. He also noted that it is the banks passion to improve the quality of education across the continent, particularly in the 20 African countries that the bank is present.

“It is also our way of giving back to the society, as we will continue to sustain the initiative and many more that concern education, because it is very important to UBA and we are more than committed to providing the necessary support for the youths in Nigeria and across the African continent,” Ajayi said

Nigerianflightdeck is an online news and magazine platform reporting business stories with a bias for aviation and travel. It is borne out of the intention to inform, educate as well as alter perceptions with balanced reportage.
Previous Divergent reactions trail call to make Arik National Carrier (Part Three): Aligbe stands against
Next Sciacchitano succeeds Dr. Aliu as ICAO President, begins term January 1, 2020 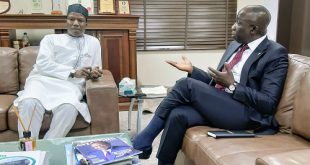 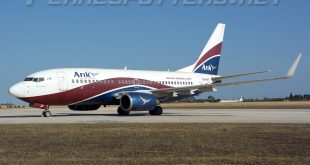 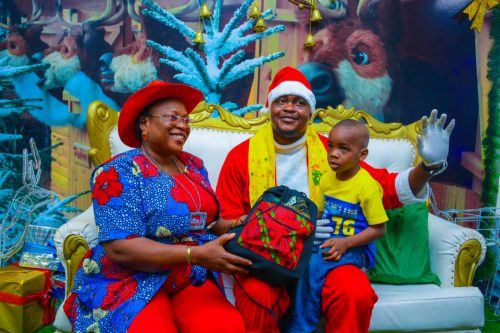 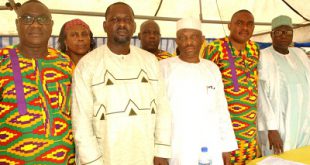 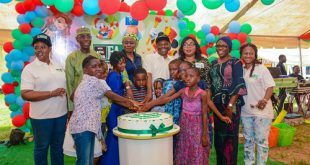 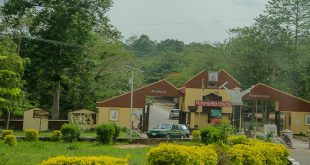 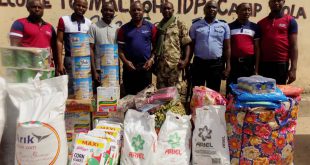 ARIK AIR has donated relief materials including​ Bags of rice and beans, cartons of indomie … 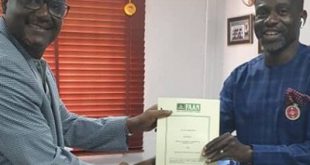 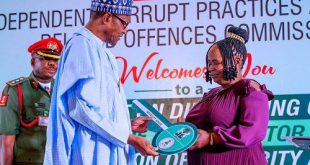