Share
AIR PEACE has acquired a B737-800NG to boost its fleet and help sustain its expansion, domestic and regional operations. The aircraft arrived the Murtala Mohammed International Airport at about 20.00hrs yesterday (Thursday) from Europe.

Corporate Communications Executive of the airline, Mr. Stanley Olisa, disclosed this to newsmen yesterday, stating that the new arrival is a 160 seater aircraft comprising 16 Business Class seats and 144 economy class seats. He said, “We are very glad to announce the acquisition of another aircraft, which is a 160-seater B737-800 New Generation aircraft”.

He reiterated the resolve of the airline to spread its operations across the length and breadth of this country to ease the burden of travel within the country and the West African sub region.

Air Peace, West and Central Africa’s largest airline, last year became the first airline in sub Saharan Africa to place a firm order for 10 B737 Max. The airline earlier this year made an order for 20 brand new 124 seater E195-E2 jets from Embraer thereby making history as the launch customer of this new aircraft in the entire Africa.

It would be recalled that Air Peace, 2017, became the first airline to acquire and register a Boeing 777 in Nigeria. It had gone on to acquire more three 777s for its international operations which it kick started on July 5, 2019, with flight operations to Dubai through the Sharjah International Airport. The airline is poised to take, very soon, on more international routes like, London, Houston, Johannesburg, Bombay, Guangzhou, etc.

The airline thanked Mr. President for creating the enabling aviation environment that made it possible for the airline to achieve this feat within a very short time of its existence. Mr. Olisa disclosed this when he said, “Our Chairman, Mr. Allen Onyema, is eternally grateful to President Buhari for making it possible for Air Peace to become what she is within the four years of President Buhari’s regime through the zero tax regime on imported commercial aircraft and aircraft spares introduced by his administration”.

Nigerianflightdeck is an online news and magazine platform reporting business stories with a bias for aviation and travel. It is borne out of the intention to inform, educate as well as alter perceptions with balanced reportage.
Previous Sirika confirms FG has mobilized contractor PW to Enugu Airport site
Next AIB declares fire alert on Azman Air false 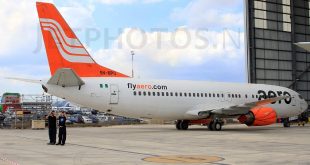 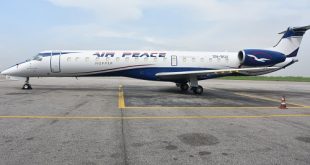 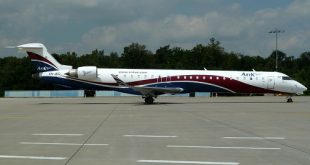 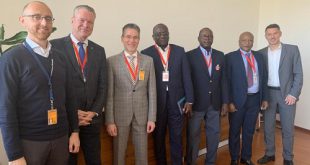 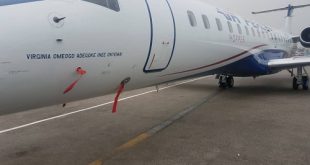 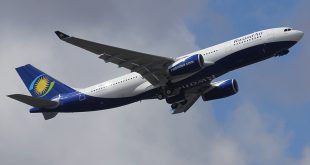 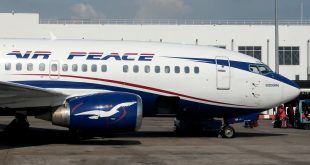 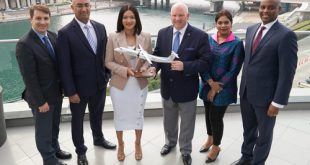 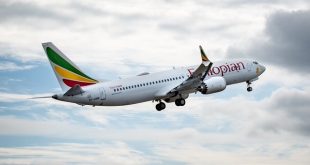