Share
AIR PEACE today clocked five years in operations, revealing some of its major milestones in its few years of existence including its acquisition of brand new Boeing and Embraer aircraft as well as its route expansion drive, taking the airline global with flights into Sharjah, United Arab Emirates.

The leading carrier also reiterated its commitment to the safety and comfort of its passengers, as it celebrated its 5th Anniversary by rewarding passengers with various gifts including free tickets, souvenirs and improved inflight refreshments.

Chairman and Chief Executive Officer, Air Peace, Mr Allen Onyema, who described Air Peace as a multi-country airline, said that it has been five years of steady progress, while adding that the airline’s vision of creating seamless connections and network options for its domestic, regional and international markets, is being achieved. Onyema also expressed gratitude to every stakeholder that has supported the airline since inception and promised more improved air transport services.

The Chief Operating Officer, Mrs Oluwatoyin Olajide, disclosed that the airline chose to celebrate with the flying public because the airline recognizes that its customers are the reason for its existence. She said that without the customers, there will be no Air Peace. According to her, the passengers are a key part of the airline’s success story, and must be celebrated.

Olajide, who stated that Air Peace has experienced a consistent rise to become an airline of global repute, noted that the last five years have not been devoid of challenges, but such challenges have only made the airline a stronger brand in the aviation industry. In her words: “The past five years have been laden with challenges but our loyal customers have made the journey worthwhile for us, and we owe them as well as other stakeholder’s immense gratitude”.

She revealed that from seven aircraft at launch, Air Peace now has 25 aircraft in its fleet, excluding the 10 brand new Boeing 737 MAX 8 and 30 Embraer 195-E2 aircraft it recently ordered. She stated that in five years, the airline has recorded a number of firsts in the aviation industry in Nigeria and West Africa. She said: “From seven aircraft and five routes at the launch of our operations on October 24, 2014 to 25 aircraft and 22 routes, our esteemed customers have consistently supported us and now, we can boast of being Nigeria’s and West Africa’s largest airline”.

In the area of economic empowerment, Air Peace has employed over 3,000 Nigerians while the CEO keeps executing rare corporate philanthropy. Olajide confirmed this: “Air Peace has created thousands of direct and indirect jobs for Nigerians and expatriates without any form of discrimination”. She said the airline is doing a lot in unifying Nigeria through air transport, adding that it has positively contributed to the economy of Nigeria, and those of her regional and international counterparts.

According to her, the airline could not have achieved all these feats without the consistent support of its valued customers. She urged the flying public to continue to fly Air Peace, adding that the airline is committed to giving them best-in-class flight experience. Olajide stated: “We assure the flying public of better days ahead, as we also promise to continue improving our delivery of safe and comfortable flights”.

She also stressed that the airline will continue to work harmoniously with all relevant stakeholders to drive the growth of Nigeria’s aviation industry.

Nigerianflightdeck is an online news and magazine platform reporting business stories with a bias for aviation and travel. It is borne out of the intention to inform, educate as well as alter perceptions with balanced reportage.
Previous Photo News: Heritage Bank, other CEOs converge for Russian-African Summit
Next Passport & Visa issuance: FG committed to reduce human contact with technology 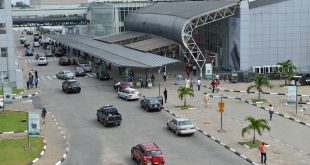 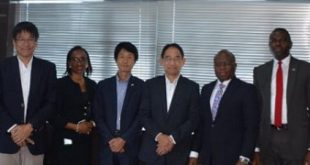 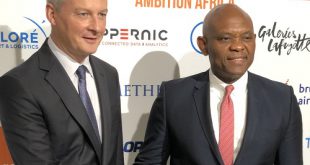 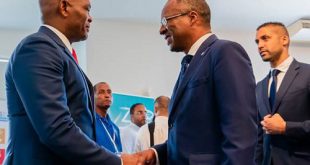 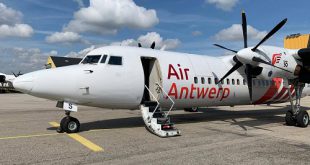 UNITED Bank for Africa (UBA) Plc and the Lagos Chamber of Commerce and Industry(LCCI), have … 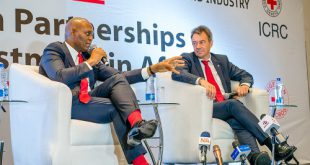 AT the just concluded Forum organised by the International Committee of the Red Cross (ICRC), … 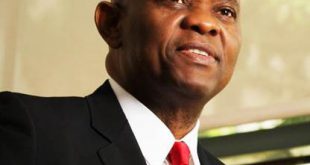