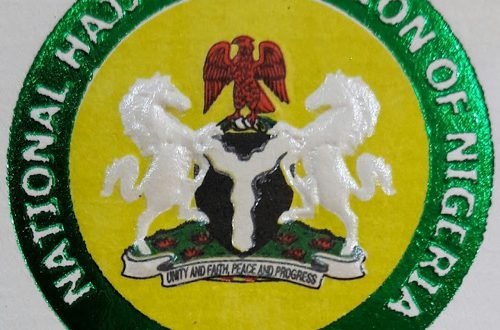 NIGERIANFLIGHTDECK has intercepted a series of correspondence including some written to the Presidency, Secretary to the Federal Government of Nigeria and First Bank alleging economic sabotage by the National Hajj Commission (NAHCON).

According to these correspondences, the ongoing annual hajj pilgrim to Saudi Arabia is fraught with fraud and numerous controversies, as one of the major players in the exercise, Med-View Airline is accusing the NAHCON of high-handedness as well as breaching contractual agreement.

Most of the documents with various dates made available to our correspondent a Presidential source, alleged that NAHCON through its Acting Chairman, Abdullahi Mukhtar, acted “wickedly, in contravention of the agreement and frustrated” Med-View Airline from continuing with the exercise.

When contacted, solicitor to Med-View, Principal Lead Counsel, Maritime, Commercial and Immigration Law Chambers, Barr. Debo Adeleke, explained that the hajj Ag Chairman, Barr. Abdullahi Mukhtar questioned why the national hajj commission chairman would be insistent of taking pilgrims from Nigerian airlines and give them to Flynas, a Saudi carrier if there was no pecuniary gain or self-aggrandizement involved.

According to him, Medview’s allocation was singlehandedly increased by the NAHCON Ag Chairman from 5,720 to 6,443 pilgrims after the commission saw its performance on the airlift.

The solicitor insisted that rather than allow Med-View, who had airlifted 4,383 of its 5,720 pilgrims to continue with the hajj exercise with its contractual agreement with Max Air, Mukhtar wanted to compel Med-View to put some of its pilgrims on Flynas, and when that failed in a letter dated 8 August, 2019 issued a letter signed by Asst Director Legal Services A.Alhassan ESQ noting that it was dissatisfied with Medview’s Performance on airlift that the carrier had failed to discharge its obligation.

Adeleke mused,” If they were dissatisfied with the performance why increase our pilgrims to 6443 only to write that we have failed to discharge our obligation when the Med-view Managing Director explicitly refused to give its pilgrims to Flynas and insisted on its agreement with MaxAir and Air Peace?”

He said, “someone in NAHCON is actively, surreptitiously and clandestinely working to sabotage the economic policy of the Federal Republic of Nigeria.

“The Economic and Financial Crimes Commission (EFCC) must be brought in to look at this situation as the Ag Chairman of NAHCON forced by executive fiat and high-handedness for selfish and personal interest, brought in Flynas to airlift Medview’s allocated pilgrim despite the fact that our clients have refused to accede his entreaties to allow the foreign airline fly its pilgrims.

The Med-View Solicitor also explained the financials of the contractual agreement stating that the total amount of the contractual sum is $8,897,663.63  for the airlift of 5, 720 pilgrims on May 20, 2019 with First Bank as the guarantor.

This sum was to be made available in four tranches of 50% first another 30% and then two tranches of 10% each.

According to him, the contractual agreement stipulated that on execution of the contract, NAHCON was to make 50 per cent payment to Med-View, which was supposed to be $4,448,831.08 to enable the airline to conclude all necessary arrangements for the commencement of the hajj operations.

Before the airline was disallowed from continuing with the outbound exercise, it had already airlifted 4,383 pilgrims in five days of the exercise, with eight airlifts, according to NAHCON website.

A letter dated July 5, 2019, signed by Alhaji Muneer Bankole, the Chief Executive Officer, Med-View Airline and addressed to the Chairman, NAHCON, demanded for payment of $900,000 to be made available to General Authority of Civil Aviation (GACA) and TAIBA, $400,000 and $500, 000, respectively.

Besides, another letter with the reference number: MCILC/STFGN/NCBTAAB/01/19, dated August 5, 2019 and addressed to the Vice President, Federal Republic of Nigeria, Chief of Staff to the President and Secretary to the Federal Government of Nigeria, accused NAHCON Chairman of malice against the carrier.

The document claimed that the entire 100 per cent was to be returned to the airline in four tranches; 50, 30, 10 and another 10 per cent, but as at August 5, the agreement was not redeemed by NAHCON.

“To salvage the ugly situation, a resolute was reached amongst parties on the 24th July, 2019 whereby amongst other things, the commission was mandated to pay both 50 and 35 per cent contract sum to our client.”

The airline demanded for the payment of the remaining 35 per cent, which it said was already due and 10 per cent of the contract sum in readiness of the return of the pilgrims.

In another petition to the Acting Chairman, National Hajj Commission (NAHCON), dated August 16, 2019 and copied the Vice President, Chief of Staff to the President, Secretary to the Federal Government of Nigeria and First Bank, the solicitor to Med-view said that the letter written by NAHCON, stating that it had paid the sum of $5,576,582.50, representing 63 per cent of the total contract of $8,897,663.63 was incorrect.

Nigerianflightdeck tried to get in touch with NAHCON’s spokesperson, Mrs. Fatima Sanda, sadly  after  several trials and messages to the NAHCON official WhatsApp platform, the medium could not get responses.

Nigerianflightdeck is an online news and magazine platform reporting business stories with a bias for aviation and travel. It is borne out of the intention to inform, educate as well as alter perceptions with balanced reportage.
Previous ART scribe scrutinizes FG’s 50% pilgrim concession to Saudi carriers
Next Welcome back Senator Sirika, now roll those sleeves and get to it!!!